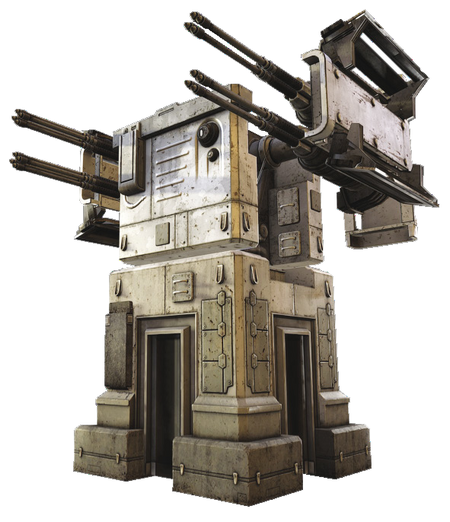 Designed for massive battlefield carnage, the Heavy Turret is a securely mounted weapon found most often braced in urban environments atop buildings and bridging chokepoints. With a considerable range of motion and advanced AI allowing for excellent target acquisition and tracking, Turrets are an important asset for a team in combat. Be wary though - the turrets are hackable, and can be turned against the team that owns it through the use of the Data Hack ability of the Data Knife.