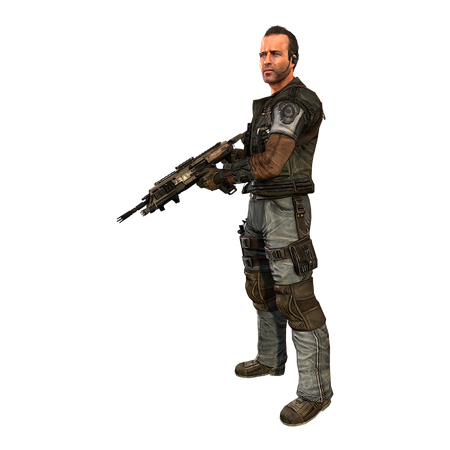 The James MacAllan is an MCOR character appearing in Titanfall.

A highly decorated veteran of the Titan Wars, MacAllan served as the executive officer of the IMS Odyssey, under the command of Vice Admiral Marcus Graves. The Odyssey’s mission was part of a peacekeeping operation on the Frontier for the IMC. Official IMC reports indicate that MacAllan led a mutiny aboard the Odyssey fifteen years ago, citing numerous grievances with the IMC’s treatment of Frontier citizens. However, these reports have not been proven, in the absence of the ship’s flight data recorder, which was lost when MacAllan and his people escaped with the Odyssey, and disappeared into an uncharted sector of the Frontier.