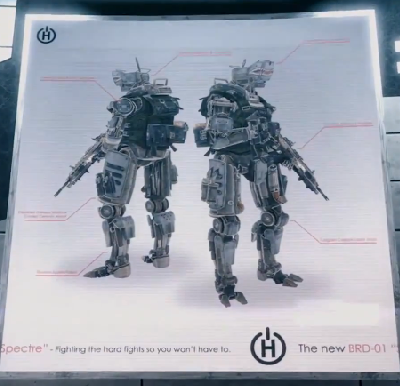 Spectres, unlike their counterpart Marvins, are autonomous "grunt" units for the I.M.C, and are designed specifically for warfare. Whereas the Marvins are workers first and fighters second, the Spectre class of autonomous units are designed specifically for fighting, making them formidable on the battlefield. Unlike the Marvins however, Spectres are controlled via built-in programming and artificial intelligence as opposed to remote control by a general or commander; while this makes them highly independent and useful for incursions into the line of fire, this removes the ability to control them en masse, which can be a disadvantage in certain situations.

With the use of a Data Knife, the Specter can be "hacked" to fight as an ally to the player. Any Specter in the proximity may also be automatically "hacked" after the first hack. These "hacked" Specters will not follow.